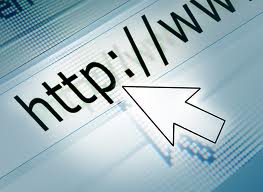 Buckeye Institute — WHAT ARE THEY PAID BY YOU. The searchable database includes salaries for all state workers and wages for other public workers. The office is working on getting more current information about local government employees. Founded in 1989, The Buckeye Institute is an independent research and educational institution—a think tank—whose mission is to advance free-market public policy in the states.

Open Secrets — Nonpartisan, independent and nonprofit, the Center for Responsive Politics is the nation’s premier research group tracking money in U.S. politics and its effect on elections and public policy. OUR VISION is for Americans, empowered by access to clear and unbiased information about money’s role in politics and policy, to use that knowledge to strengthen our democracy

Vote Smart — The Vote Smart Application Programming Interface (API) will allow you to integrate our data into your applications. An application could be a Web site, standalone program, or pretty much anything in the computer world. The API will respond to simple requests for data, such as ‘get bio information for candidate Y’ and ‘get Votes for candidate X.’

LegiStorm — Launched in September 2006 to bring valuable information about the people of Congress to the public. We became widely known by being the only online source for staff salaries, financial disclosures, trips, gifts and earmarks. We’ve expanded our offerings to include the most accurate and up-to-date contact information and the most detailed intelligence on Hill staffers available.

Congress.org — Congress.org is a non-partisan website dedicated to building a knowledge base for professionals wishing to better engage their communities. Highlighting the latest trends, success stories, effective or creative implementations and more, professionals from a whole host of backgrounds, whether in marketing, government affairs, communications or otherwise, can share their knowledge and gain insight from the larger advocacy community.

Tea Party Patriots — TeaPartyPatriots.org is a national organization that supports Tea Parties. You can scroll down their Home page to the list of Tea Parties in your State.

World Net Daily — WorldNetDaily.com Inc. is an independent news company dedicated to uncompromising journalism, seeking truth and justice and revitalizing the role of the free press as a guardian of liberty.

Resist Net — This active organization with 53,000 members provides a variety of additional ways to stay informed and to take actions that also support the purpose of Silent Majority Speaks.

Conservative Clippings — A great, concise collection of articles and resources for conservative thought.