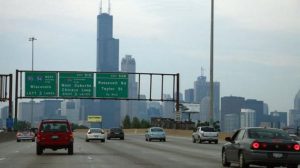 Illinois House had voted 72-45 to pass a 32% income tax hike as government refuses to address the real issue of a never-ending need for more and more tax revenue to keep state employees rolling in their pensions. The governor vetoed the tax increase and he was overriden.
There is absolutely no hope for Illinois. Just sell its debt for there is no long-term fix for this state of any state for that matter. We are facing a major Sovereign Debt Crisis at the state and municipal level that will eventually bring down governments on a wholesale basis.
The policies of just tax’em til they die and they tax their heirs is coming to an end. Governments will collapse and the only solution is to limit government by a new constitution that it may not consume greater than 15% of GDP on a federal, state, and local level combined. Employment should primarily be outsourced and private entities should bid to run various departments. That will eliminate government pensions, which is the monumental source of the real crisis.
We can do this, but we have to crash and burn first. Government will NEVER simply surrender power without a fight.

← Personal Conflicts of Interest May Cause Republicans to Not Vote to Override Kasich’s Line-Item Veto
Tweet On, … Mr. President →