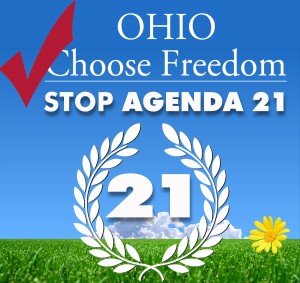 Marysville, Ohio is the first town in Ohio to pass a Resolution Opposing United Nations Agenda 21. Yea, for freedom!

Whereas, the City of Marysville was founded on the basic American principle of private property ownership and the right of local governments to develop communities in ways that are beneficial for its citizens, and

Whereas, the City of Marysville recognizes that natural resources are limited in nature and their consumption should be well planned in order to minimize the negative impact on future generations, and

Whereas, these uniquely American principles may be threatened by Agenda 21 initiated at the United Nations Conference on Environment and Development (UNCED) held in 1992 in Rio de Janeiro, which represents a comprehensive plan of environmentalism, social engineering, population control, international redistribution of wealth, and global political control, and

Whereas, Agenda 21 is being implemented into local communities throughout the United States by the International Council of Local Environmental Initiatives (ICLEI) in the form of “sustainable development” policies such as Smart Growth, Wildlands Project, Resilient Cities, Regional Visioning Projects, and other “Green” and “Alternative” projects, and these projects are often promoted by offering incentives of financial aid, and

Whereas, the literature of the United Nations Agenda 21 presents a national way of life of private property ownership, single family homes, private car ownership, individual travel choices, and privately owned farms, all as harmful to the environment, and

Whereas, this literature of the United Nations Agenda 21 redefines social justice as socialistic redistribution of wealth, and

Whereas, this United Nations Agenda 21 Plan is being promoted by an international group, unelected and unaccountable to the American citizens, and

BE IT RESOLVED BY THE COUNCIL OF THE CITY OF MARYSVILLE, OHIO, that: 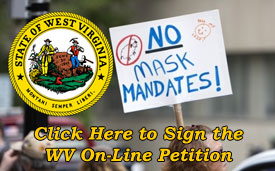