“Look, we’re making tough decisions. We understand that this is a tough time,” DeWine, a Republican said after he was asked at his Thursday coronavirus briefing why he thought some in the crowd at Wednesday’s Trump campaign event in Zanesville booed him when Vice President Mike Pence mentioned his name. “We have some people who are unemployed. We have people who don’t want to wear a mask. And a lot of different things.’

We have SOME people who are unemployed?

DeWine, who took office in January 2019, has enjoyed positive approval ratingthroughout the coronavirus pandemic. Those numbers have been boosted by strong support from Democrats and independents.

But a recent 50-state survey from Northeastern University, Harvard University, Rutgers University and Northwestern University showed DeWine falling from an 81% approval rating on his handling of the coronavirus in April to 58% in late July and late August. (Current polling shows him under 50% approval) The survey was not a political poll, so it was not broken down by party.

DeWine has sparred with the conservative Republicans in the Ohio legislature throughout the pandemic. Three of them last month moved to impeach him in a longshot bid that hasn’t gained any traction. DeWine continues to enjoy the support of the state political establishment.(And Big Businesses who support DeWine’s rules that are crushing small businesses owners!) He is up for re-election in 2022.

Lt. Gov. of OH Jon Husted is met with enormous boos from the Trump rally crowd when trying to promote pro-Trump masks . . . and no Jon you don’t get it . . . you have no clue!

This from the guy who told hundreds of thousands of Ohio business owners he would “shut off your electricity and water” if you don’t comply with our orders to shut down your business and who runs the pathetic Ohio Unemployment System that could not process the unemployment checks for the over 1,000,000 people Husted and DeWine PUT OUT OF WORK! Many people did not get an unemployment check for THREE MONTHS because of Jon Husted’s incompetence! 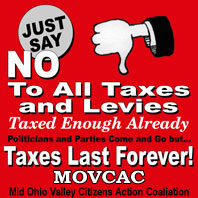