The soul of America has been penetrated with toxic greed. Political rigor mortis is everywhere. The state is collapsing of its own corruption. 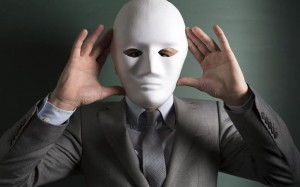 Natural man fears chains more than he fears propaganda. But propaganda is the far greater despotism.

When men are in chains, they are aware of their slavery. But few understand the superior power of deception. Most people can be persuaded to do almost anything to their own detriment.

What we believe and act upon we consider our own free will. Nothing could be further from the truth. We as a people and a nation are subject to massive and continuous propaganda. So programmed are the masses that they become hostile to truth.

Democracy is a mask, a front for total power of an oligarchy ruling via forced persuasion. Such a system might be tolerable if the oligarchs had the people’s best interests at heart. But the focus of forced persuasion is to channel all social, economic and moral law to the federal establishment. The stated altruistic justification is the perpetual utilitarian argument that the majority can require and force the minority to self-sacrifice for what the establishment-created majority has determined to be the greater good.

But altruism is a farce and a ruse. Altruism is the very foundation of statist propaganda and power that the individual must place his interests, including his property, beneath the “need” of the collective (state). In our time this is called “in the public interest.”

The term “public interest” translates into the government interest always. Therefore, the army of federal judges and politicians claim to act in the “public interest,” and they would tell you in a minute that they do everything in the “public interest.” This is a deception that few unravel mainly because of the self-deception of altruism. As long as an individual believes that he is obligated to share his property and produce for the “common good,” he is in reality no longer an individual but a part of the collective slaves of the state. Altruism motivates people to self-sacrifice. This is why altruism is at the root of all governments. Governments must instill self-sacrifice to solidify political power.