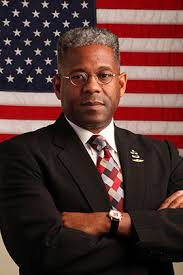 Have you noticed that the left has a penchant for changing the lexicon in the United States? I mean, when it comes to the issue of illegal immigration, first, they never use the term illegal, they say the issue is about immigration. Secondly, they’ve come up with terminology such as “undocumented.” That’s like calling a drug dealer an “unlicensed pharmacist.”

They do this to desensitize us to the issue, and shift the narrative as to who the victims really are. For the progressive socialist left to believe this is a winning issue — sanctuary cities, states, and protections for criminal illegal aliens — is absurd. Then again, when you are talking within your echo chamber and reading your own polls, that’s how you lose elections, repeatedly.

There is a serious cancer in America, not to mention the invasion of Islamic jihadism, one that must be eradicated.

Ten illegal immigrant members of the notorious MS-13 gang — including one who was previously deported — were indicted Thursday in a wave of Long Island violence that included the slaughter of two teenage girls.

Best friends Nisa Mickens, 15, and Kayla Cuevas, 16, were beaten with baseball bats and hacked with a machete during an attack that began when gang members spotted them walking together in Brentwood.

Nisa’s mom, Elizabeth Alvarado, said she was “very pissed off” to learn the 2016 murder allegedly was committed by illegal immigrants.“They’re evil. They’re coming over the border, then coming back after they get kicked out,” she said.

“Things should change. It shouldn’t take my daughter’s death.”

The federal indictment also accuses MS-13 members of killing one of their own by stabbing and slashing Jose Pena, 18, for violating their rules — but only after consulting with “gang leadership” in El Salvador, authorities said.

“The brutal murders of Nisa Mickens and Kayla Cuevas, and the savage killing of Jose Pena, allegedly committed by these defendants, exemplify the depravity of a gang whose primary mission is murder,” Brooklyn US Attorney Robert Capers said.

“They come from Central America. They’re tougher than any people you’ve ever met,” Trump said.

“They’re killing and raping everybody out there. They’re illegal. And they are finished.”

The illegal immigrants indicted Thursday are all from El Salvador or Honduras, and are among 13 people charged with crimes including racketeering and multiple counts of conspiracy to murder.

The defendants — who face up to life in the slammer or the death penalty — include Edwin Antonio “Strong” Amaya-Sanchez, 29, who the feds say is a leader of an MS-13 chapter in El Salvador known as Guanacos Locos Criminales Salvatruchas.

Amaya-Sanchez was deported to El Salvador on March 22, 2010, but had sneaked back into the United States by July 14, 2014, when he allegedly murdered Jose Lainez-Murcia, with whom he had worked at a landscaping company in Kings Park.

Of course, the liberal progressive left will decry this is an isolated incident, and say there are no real trends here. Tell that to the Mothers of Nisa Mickens and Kayla Cuevas.

Let me explain this very clearly, folks: entering the United States illegally constitutes an invasion. People who invade the United States, and take the lives of Americans, commit violent acts no different from those on the battlefield. Our Nation has become a battlefield, and one must ask the left: with whom do you stand?

The solution is very simple: gangs such as MS-13 must be eliminated.

I am somewhat reminded of the movie Tombstone, when Wyatt Earp’s character was deputized as a US Marshall. He declared the gang called the “Cowboys” was finished. He stated that if he saw a red sash — the Cowboys’ symbol — he would kill the man wearing it.

If we ship these barbaric cretins to prison, they grow their numbers and recruit. If we deport them, they come right back. It is time we stand up a US counter-gang task force that tracks these gangs and their members back to their home base of operations in Central America — or elsewhere — and eliminate the threat.

And, that is exactly what it is: a clear and present danger, a threat to our domestic security and peace. This is why the appointment of former Marine General Kelly as Homeland Security Secretary is so vital, because this requires a military strategy and plan to be developed, implemented, and executed.

There’s a serious issue when young, American, teenage girls are not free to walk our streets. When they are preyed upon by anyone who shouldn’t be here in this Country — especially criminal illegal aliens, (using the official term) — the rhetorical question is: how did these savages get into the United States from El Salvador and Honduras? Does this mean Mexico is not doing their due diligence to secure entry into our Nation across the southern border? This is now far beyond the assertion that we just have “undocumented workers,” or that we have “dreamers” wanting to stay in our Nation. That’s the liberal progressive heart tug, the emotional line of attack.

If we cannot come together as a Nation, from disparate political ideologies, and realize the lives of our children are at risk by the invasion of criminal illegal alien gangs, then we have a larger issue. How can it be that we have illegal aliens “sneaking” back into our Country? Do we not take the sovereignty and security of our Nation seriously? How many more Dads and Moms have to bury their children before we go on the attack and crush this pestilence? Have we devolved so deeply into some politically correct abyss that we care more about making political points that ensuring Americans are safe?

These MS-13 animals beat these beautiful young girls with baseball bats and hacked them to death. They were here illegally, they ain’t undocumented.

It’s time to clean our house.

From: Allen B. West