They Stole the Election

THEY = The Deep State (US Government Agencies), the Democrats, the RINOs, Social Media, Print Media, The Chinese, The Republican Party, plus many local groups. 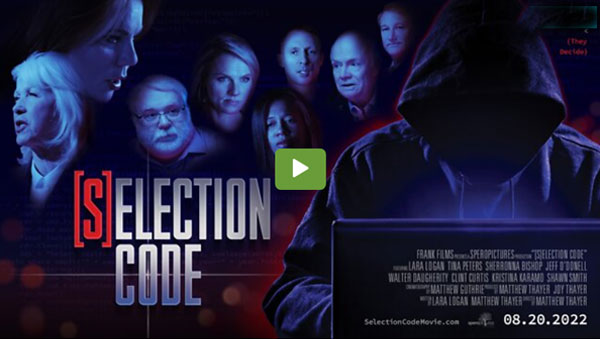 You’ve heard it said “Those who vote decide nothing. Those who count the votes decide everything.”

What about those who code the vote?

What if our leaders aren’t actually being elected by us, but instead… selected?

[S]ELECTION CODE follows the story of Tina Peters the County Clerk in Mesa Colorado, who made a backup of her county’s Dominion Voting System server, only to stumble across evidence of manipulation in a recent local city council election…. and also the 2020 general election. Tina’s discovery ignites a chain reaction upending her life. And upending the world.

You will not be able to unsee what you see.

We stand at an apex in human history. Are we handing too much power to technology – and those that program it?

Jeff O’Donnell – The Election Fraud Pattern Has Been Discovered, This Will Not End Well For The [DS]

Dr. Douglas Frank, a world-renowned physicist, with over 60 scientific publications, says he has scientifically and mathematically determined that the 2020 general election results were manipulated by an algorithm using the 2010 Census data. For almost a year he has traveled around the country presenting these findings to state and local leaders.